So, you’ve finally going to own your very own car! Firstly, take time to reflect on how exciting this purchase decision is. You’ll never forget your first car.

There are a number of considerations to bear in mind when searching around for a first car, but luckily it's a process that many drivers have already been through, so there are some well established maxims and general advice on the subject. We will pass these on to you, as well as some tricks from our own experience and lesser known things to take account of. At the end of this article, you should have a basic idea of the dos and don'ts involved in buying your first car.

For first-time buyers, and more to the point for the parents or other family members involved in the decision and who may well be footing all or some of the bill, safety is often the most important consideration. Reliability usually follows fairly close behind, and these days most people are wisely aware that, quite apart from any environmental impact, fuel costs have a significant impact, meaning that fuel efficiency will be near the top of most lists as well. And it's not much fun to be stranded in the middle of nowhere because of a dodgy old shell that's given up the ghost, or to be the rescue team that has to set out at midnight to pick up the marooned soul from the side of the road.

This leads us to the first order of business that is frequently overlooked by first-time buyers or their financiers, which is that as vehicles age, keeping up with maintenance and repairs will affect safety and reliability to a greater extent than all the design features in the world that the car may have boasted when it was new.

The safest of new vehicles can quickly degenerate into a ticking time-bomb if a young drivers doesn't have the means to replace or repair tyres, suspension, brakes or steering on a car that needs pricey premium parts. Any potential savings on fuel that you may anticipate at the outset will soon be overwhelmed by the cost of expensive servicing and repairs, in addition to the curtailed service life of a smaller vehicle in comparison to larger ones. 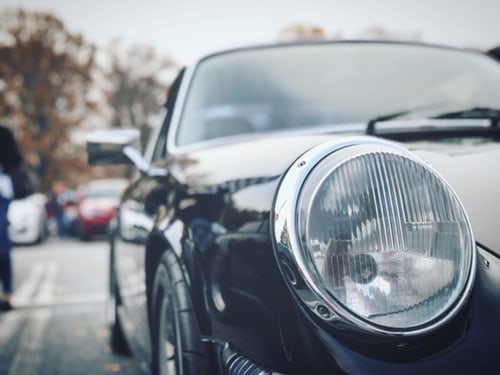 Since both reliability and safety typically depend on keeping the vehicle properly maintained, especially as the years pass and age starts to catch up with it, the choices that optimise these two concerns when they are new will not necessarily remain the easiest or most cost effective at a later stage.

A noticeable change in the Australian car market since the late '90s has seen many young drivers move away from purchasing trusty Australian or Japanese models that are easy to maintain in favour of swanky, late-model European cars or pricey Japanese grey imports that frequently demand you track down parts and servicing specific to the make or model, rarely a quick or easy hunt.

However, even as we argue for sticking to reliable old Commodores or the Japanese run-arounds being left on the shelf, it must be admitted that an increasing proportion of these by-words for unglamorous reliability have been flogged half to death, or just left to rust. To avoid being swindled by a ruthless seller, you should be judicious with any car you look at, regardless of perceived reliability.

We've thought long and hard about the advice and insight laid out below. To ensure that you're fully prepared to enter the marketplace, we've erred on the side of caution with the tips below. This isn't intended to worry or intimidate you, or to scare you off from making what in the majority of cases will be very successful purchases – it simply pays to be aware of the fundamentals. And, at the very least, you ought to be able to hold your own if you  app caught in some car chat down at the pub.

Remember the following during the selection process for your first car: